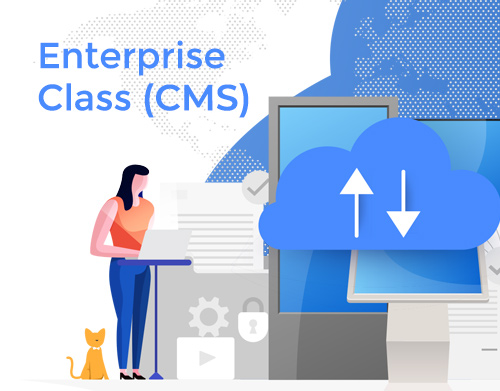 We often get asked to explain why prospective customers should be considering our Enterprise Class Content Management System (CMS), over other CMS systems available on the market, beyond simple features and functionality. In other words, what’s under the hood of an Enterprise Class CMS like ours that makes it different.

The term “Enterprise Class” generally refers to high availability software applications that are designed and built to be robust and scalable across larger deployments. This does not preclude them from being used for smaller deployments, as doing so generally provides a sense of future proofing, along with an expanded feature set. We often tell prospective customers that High Availability Enterprise Class CMS solutions like ours are solutions you will “grow into rather than out of”. So what are the key areas of difference? We can break them down like this: 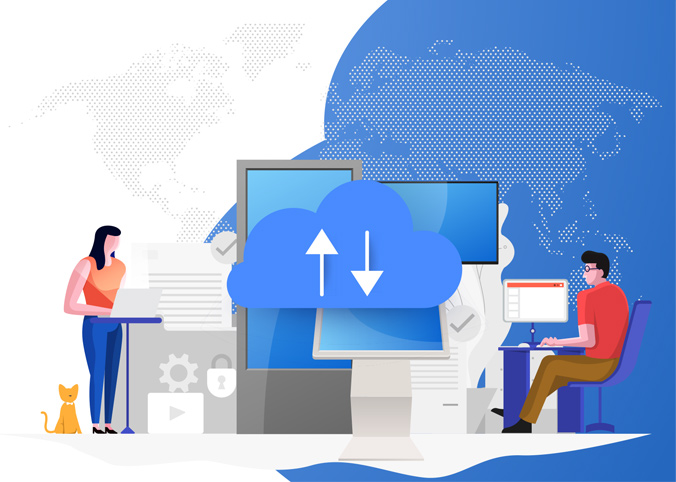 Over the years, we have many times been approached to take over an existing digital signage network that may have functioned acceptably during a small pilot project or early on in smaller numbers, but once the project expanded, things rapidly degraded. This can occur for a number of reasons. Software applications and the infrastructure they are built upon are generally designed to handle certain volumes of traffic, once you exceed these volumes, things get congested and often fail. That is why scalability is important.

Consider a country road for example. Under circumstances for which it was designed, it works perfectly. It’s cost effective and provides access to more remote areas. Now imagine increasing traffic on this country road so as to snarl it with heavy traffic and possibly some inclement weather; it would quickly cease being a viable roadway. On the other hand, major roadways like Enterprise Class software infrastructure, are designed to support everything from a Sunday drive to snow covered holiday traffic. It’s all in the design and the infrastructure it's built upon.

Ensuring High Availability is more than just bandwidth, it’s also about the redundancy built into the infrastructure; all of the hardware, software and connectivity. This is especially so when considering SaaS based or cloud based software systems. A web based software application running on a single computer server connected to the internet, sitting on a rack in a wiring closet, can technically be referred to as a SaaS Based cloud offering. Using our roadway example from above, it may work well during a small test, but if it gets hit with higher volumes of traffic or any “inclement weather”; say a hardware failure or a lengthy power/Internet access outage, the system will cease being viable. On the other hand, true Enterprise Class SaaS based solutions are designed for High Availability rates of at least four nines of uptime (99.99%).

Redundancy is an important part of this process. Ensuring that not only Internet access but also instruction servers, database servers, file servers, and web servers are all properly load balanced and redundant for maximum possible availability is essential. In a High Availability Enterprise Class software solution implementation, there can be no single point of failure. To that effect, protection against catastrophic failure must also be considered. To that end, Enterprise Class software companies like us go to the extent of keeping a redundant, high availability infrastructure on “Pilot Light” on an opposite coast. Not an event that is pleasant to think about, but for completeness, one that needs to be there just in case.

Like a burglar alarm, proper security is often only considered after it’s too late. Enterprise Class systems consider both infrastructure and application security as an integral part of design. In general, all communication on the infrastructure side, no matter how small, must be made over secure connections; SSL/TLS. Furthermore, it is essential that all data/content be encrypted not only when in transit but also while at rest using strong encryption algorithms; AES-256.

From an application perspective and especially for SaaS based applications, it is important to ensure there are options for strong password validation, as well as two factor authentication. Beyond application access, Enterprise Class CMS systems employ sophisticated Roles Based Security allowing administrators to create complex roles that permit or restrict access to every feature or functions available in the system. Those features or functions are not simply “greyed out”. They are entirely invisible to the restricted user.

Finally, it is important to consider that Enterprise Class CMS systems will likely be managed by many individuals, including some that may not have management privileges. Certain users may only be permitted to upload content to the media library, while publishing that content for playback on a specific display may require approval by an administrator or senior manager. Furthermore, individual content templates may follow strict branding guidelines which are “locked down” after final approval, yet they may permit for a specific region of the template to be managed by a local manager without the risk of affecting any other content already assigned or the template itself.

A well designed Enterprise Class CMS handles both workflow security, as well as the security associated with content design easily. 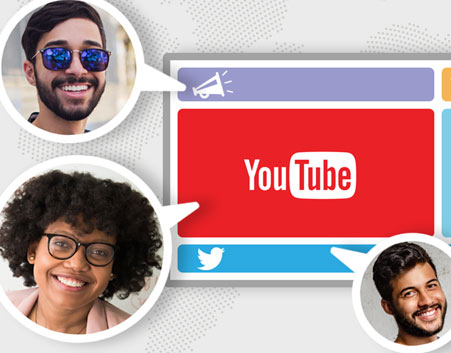 The few paragraphs above are obviously not an exhaustive list of everything that goes into the design of an Enterprise Class CMS, but they do provide a glimpse into some to the key consideration when comparing various CMS products.

If you want to discuss Enterprise CMS systems and the importance of scalability, redundancy, and security, feel free to contact us.